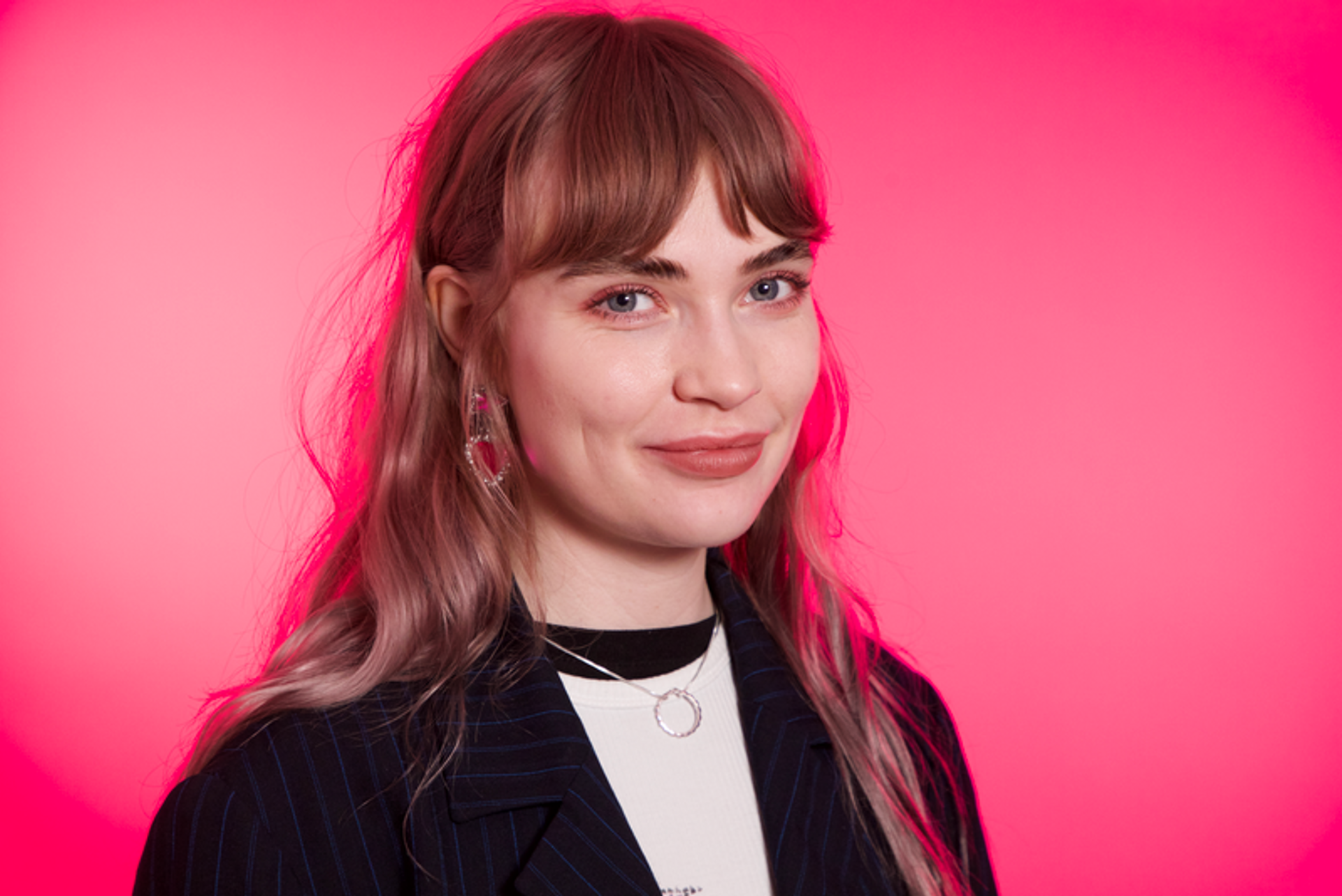 “Ignore the books behind me, I’ve just moved into a new place and haven’t really sorted anything out yet,” begins Vanja Ivarsson with an easy enthusiasm. The 25-year-old has already chalked up an impressive portfolio of work that spans multiple genres and fields, with a style that’s bright, expressive and feels like a slice into the heart of today’s zeitgeist. Her recent collaboration with Monki, entitled From King to Queen, has opened up fashion, merch and augmented reality as new artistic platforms to explore. 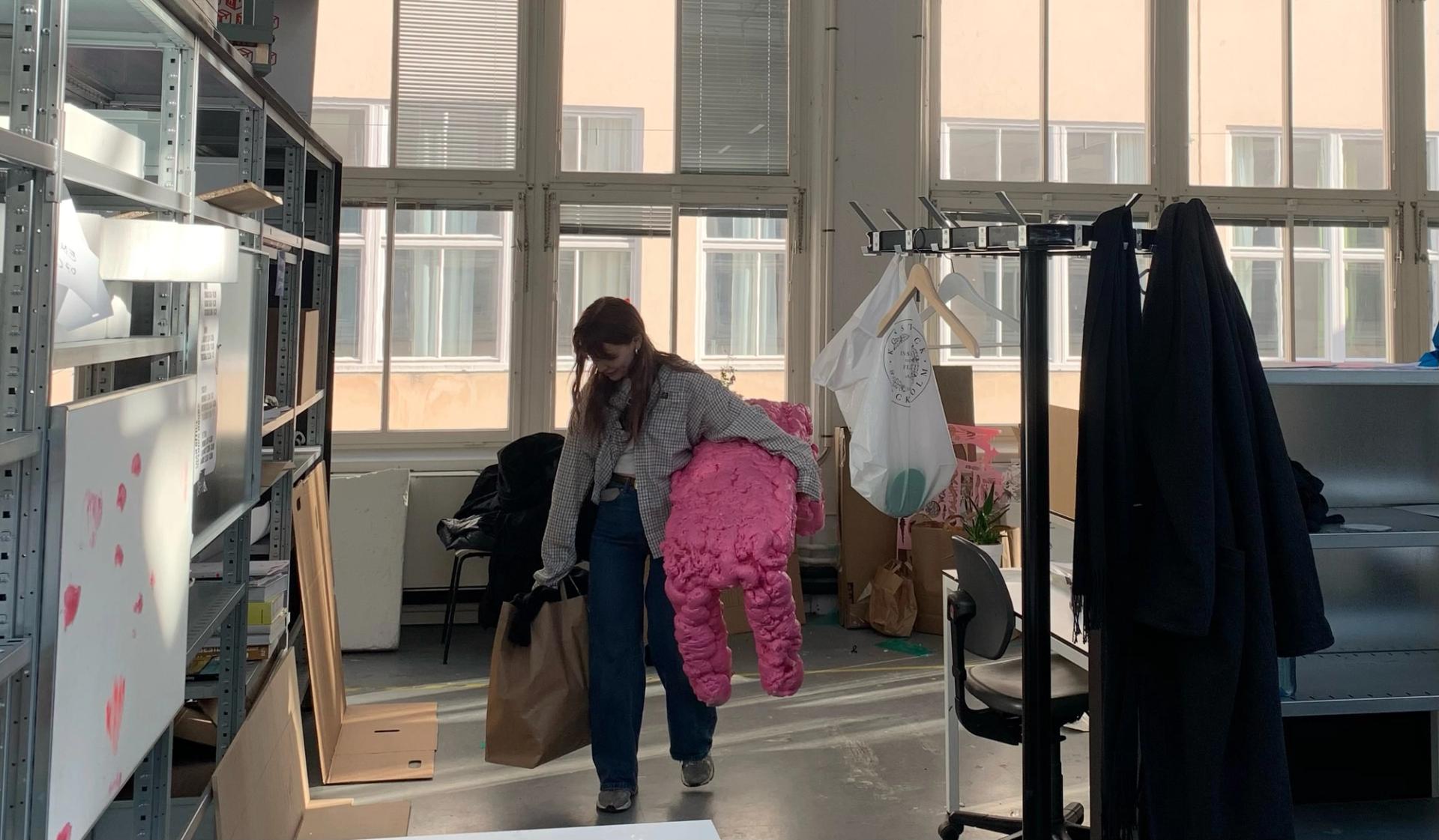 Although still very much in the early stages of her career, Ivarsson’s path is already dotted with accomplishments that established artists would be hard-pressed to list. “I make a comic zine that is published once a year with ten different artists who all interpret the same theme. We print it on a Japanese Riso print press, which only prints one colour at a time,” she says. We discuss that this, combined with her love of 3D design, could be one of the reasons why her work translates so easily to merch, a medium in which layers of a design are separated for print and slowly resolved as a singular design.
“During the prep for my graduation, I was contacted on Instagram by Monki. They knew about my art and were fans themselves – really nice people and it immediately felt like we were a good match. I felt safe and secure;” explains Ivarsson. “They asked me to make a pitch for its feminist campaign, From King to Queen, and they said not to be afraid to be bold and provocative, which was great.”
Ivarsson began the work as she often does, with pencil or pen sketches that she later brings into digital 2D format but, on the suggestion of Monki’s team, she began to extend the initial designs into the third dimension.
“Vanja shares our values of female empowerment and that’s important for us. As a brand we want to support the creative community where we are present, and for this project we wanted to work with a local illustrator – someone we feel is a queen in their own right. We encouraged Vanja to go bold and she did, and we are very happy with the result, explains Simone van Starkenburg, B&M director at Monki. 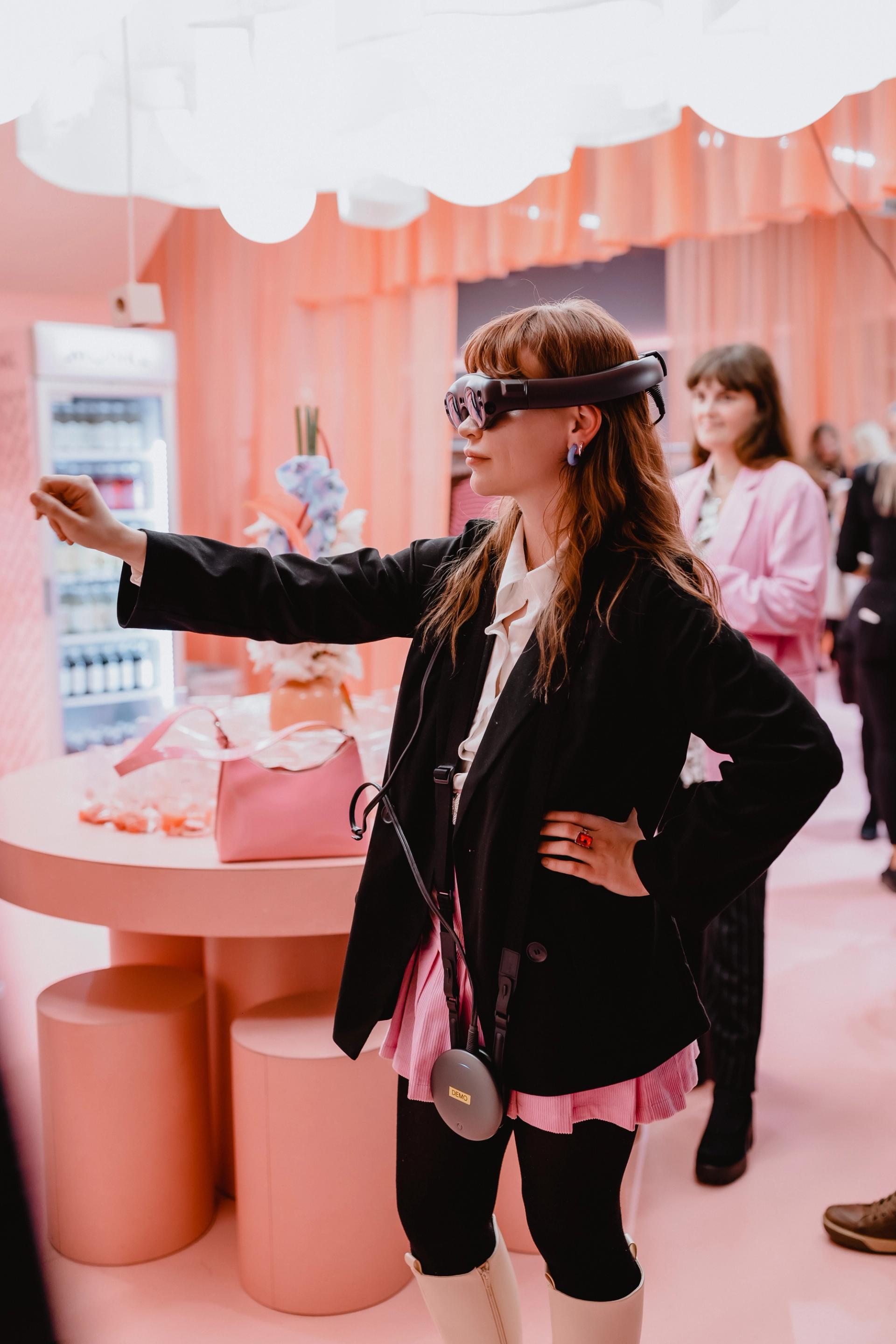 Looking back, Ivarsson states without hesitation that the whole process and collaboration “Felt really free.” Casting one’s eye over the bold prints and motifs, with layers of pastels and glossy bold characters, the collection feels very unrestricted. And the results shine bright.
As a project, From King to Queen is uncharted territory for Vanja – a new medium and audience to engage with. Was this something she considered before putting pencil to paper? “I was thinking that it would be fun if my friends would wear it. Monki as a brand has a pretty young demographic, but still, it would be cool if other creative people would want to wear the pieces,” notes Vanja, adding that there are lots of elements of her comic influences that crept into the capsule collection. From flowers with sharpened teeth to demonic-eyed demons and contorted monsters, there’s an aesthetic softness that reveals a harder stronger edge. A strength within every ‘Queen’. 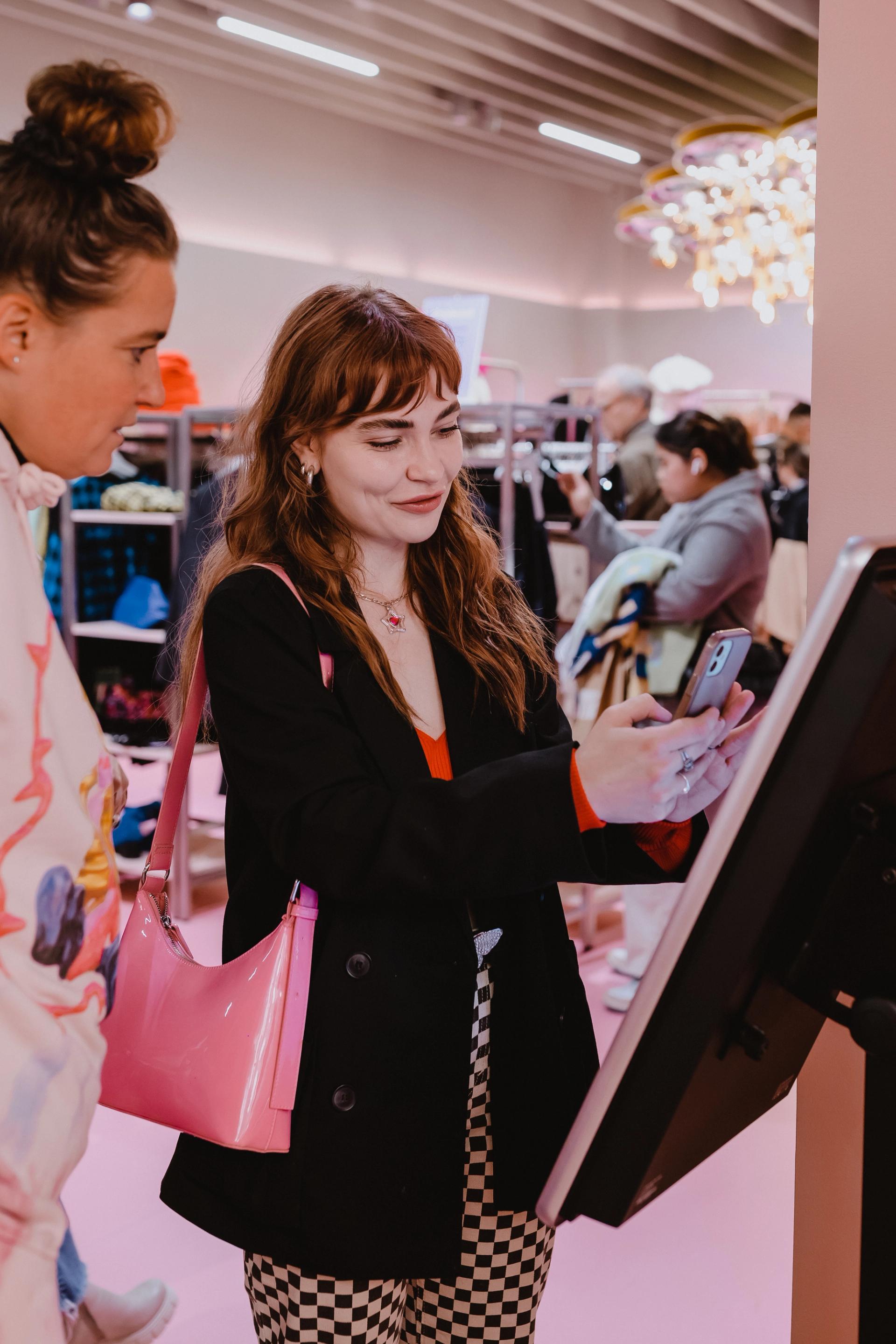 For Monki’s opening of its newest flagship in Stockholm, it was Ivarsson’s work that played an integral part in the store’s customer experience. Facilitated by CREATOR STUDIO’s print on demand and Augmented Reality tech, customers manipulated layers of her artwork to create their own one-off merch. As pairings go, it was a no-brainer – the future of merch meets a progressive artist and empowers its fans in the process. 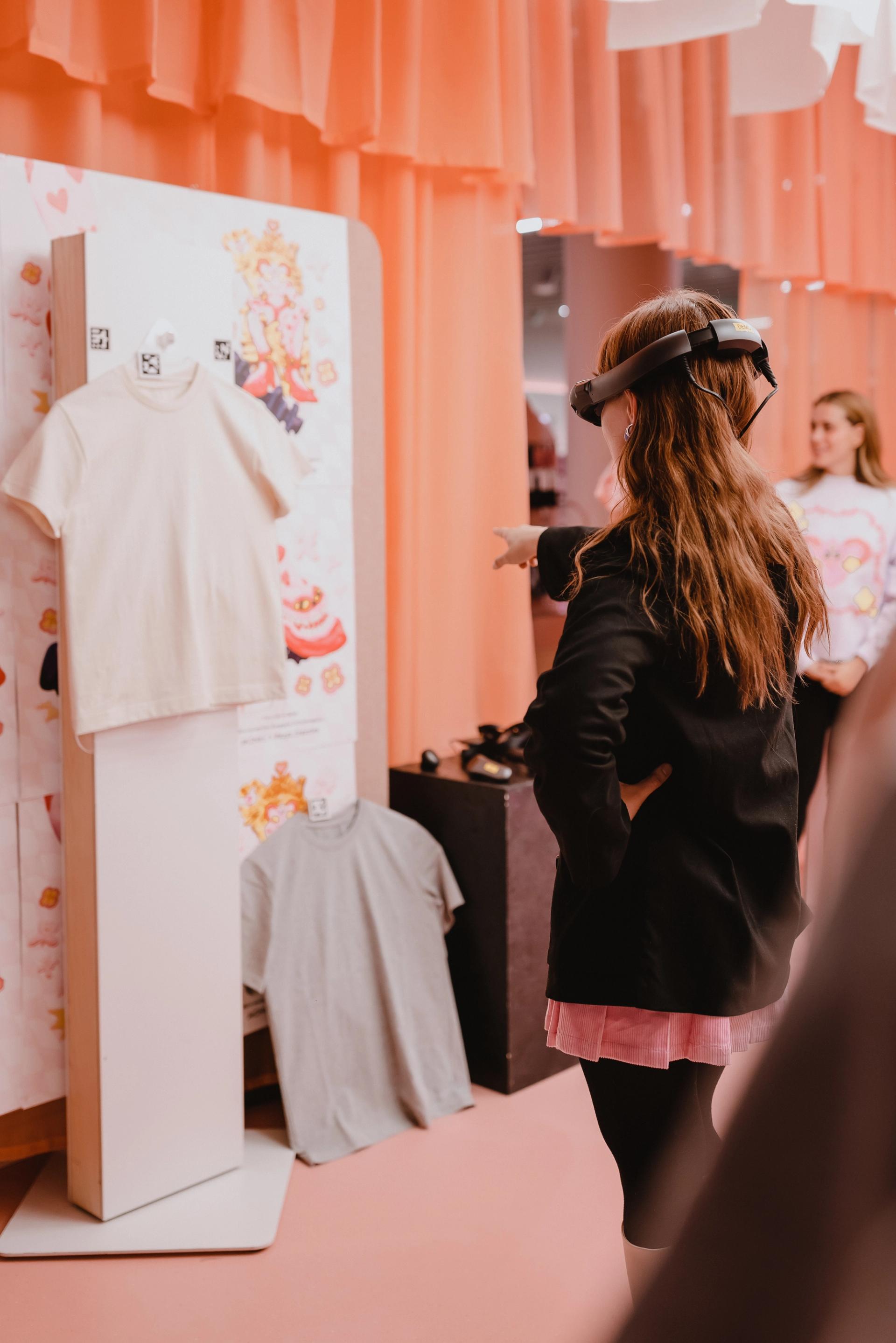 With our time with Vanja drawing to a close, and the arrival of her buddy to install her bathtub, we finish by asking what advice she’d give to emerging artists. She pauses and explains that, during her education, one of her lecturers was keen for students to try to draw artworks by creators they admired. “So you’d take an illustration from someone you like and copy it to understand their techniques, shapes and processes. What you realise is that you’re not actually copying but developing your own style. You begin to understand that you should also rely on your intuition and not be caged in. You have to be free within the systems.” 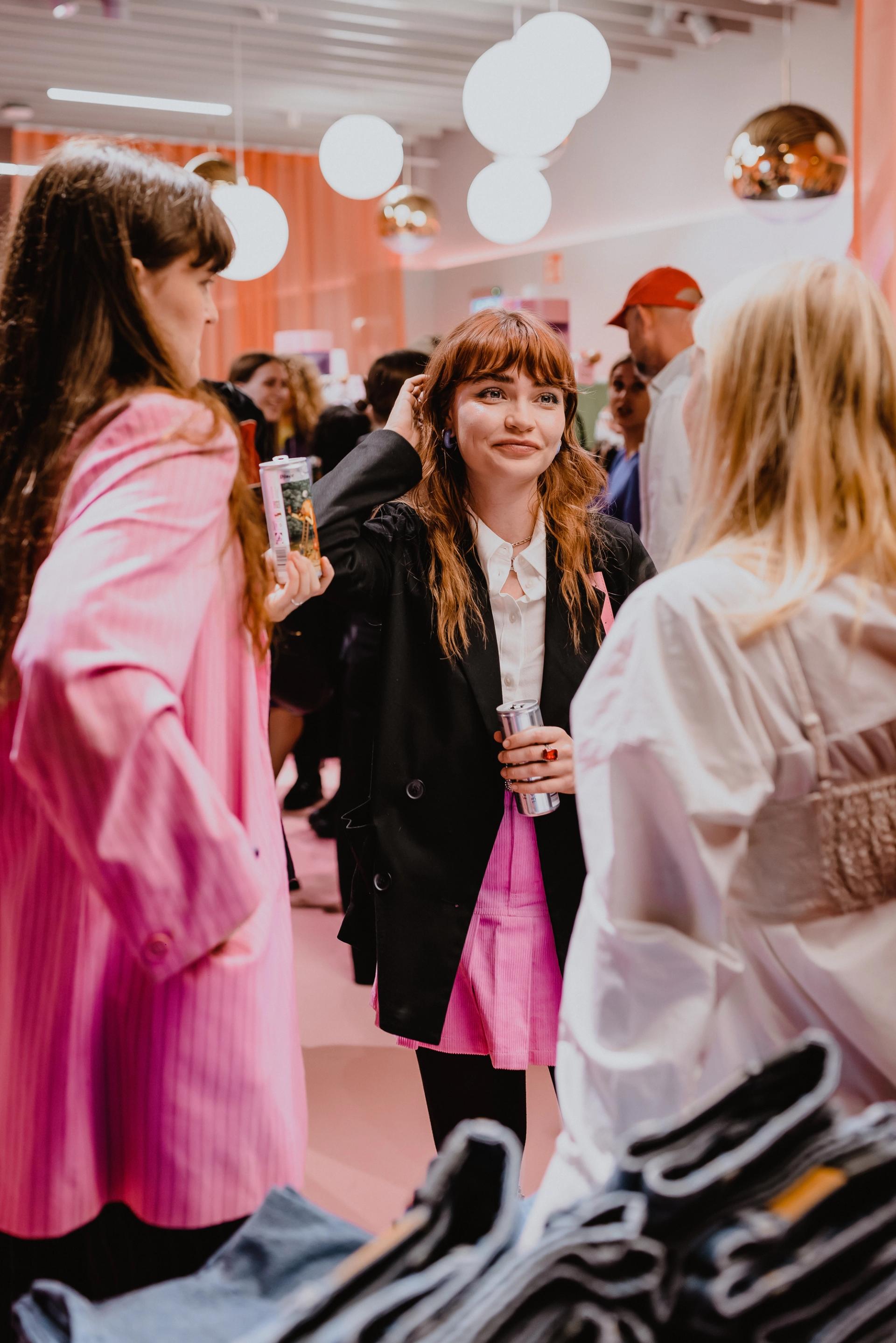 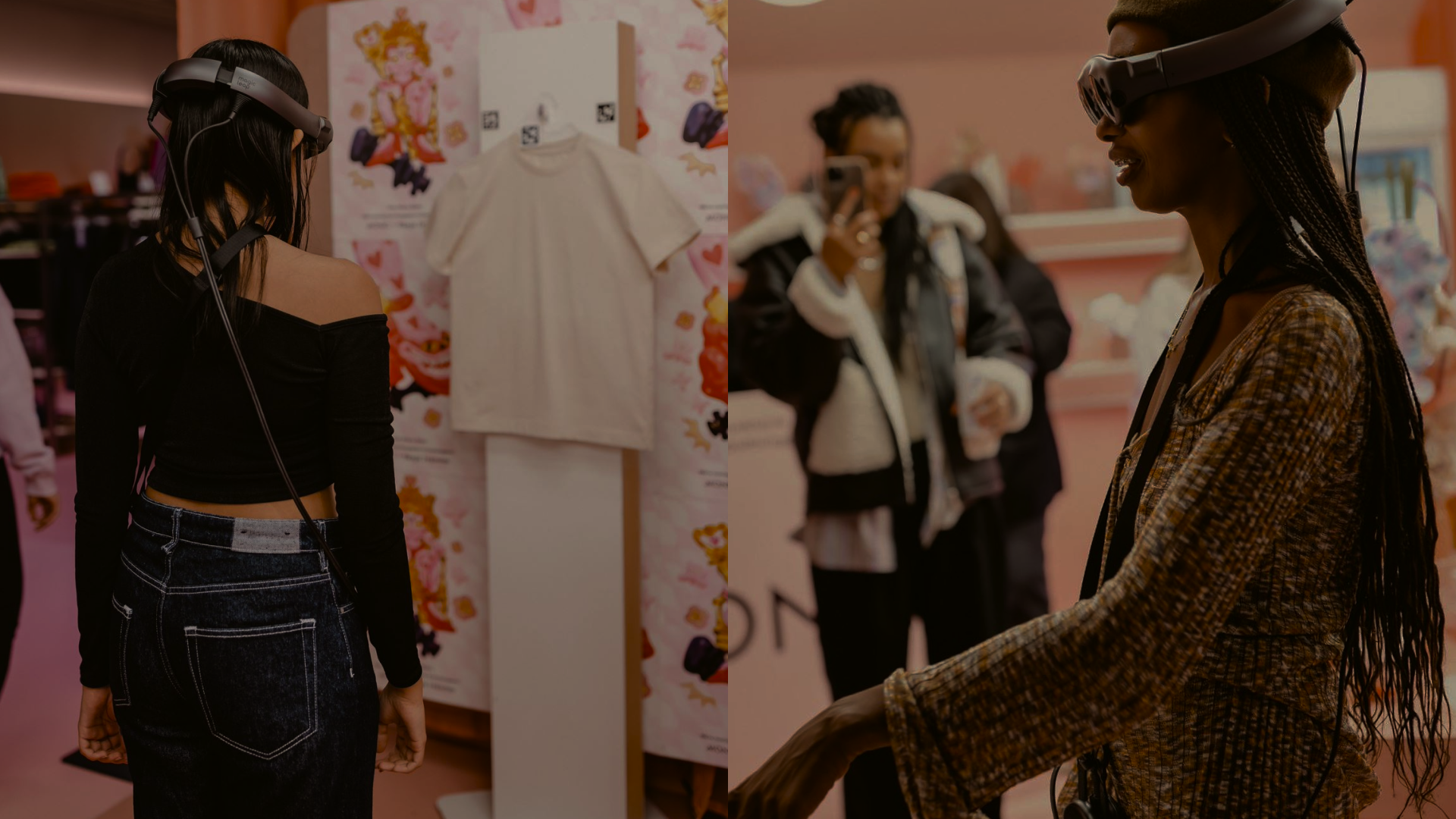 The future (of merch) is in your hands

need a hand? speak to our merch experts

how we deal with your personal information

the global hub for fashion enthusiasts